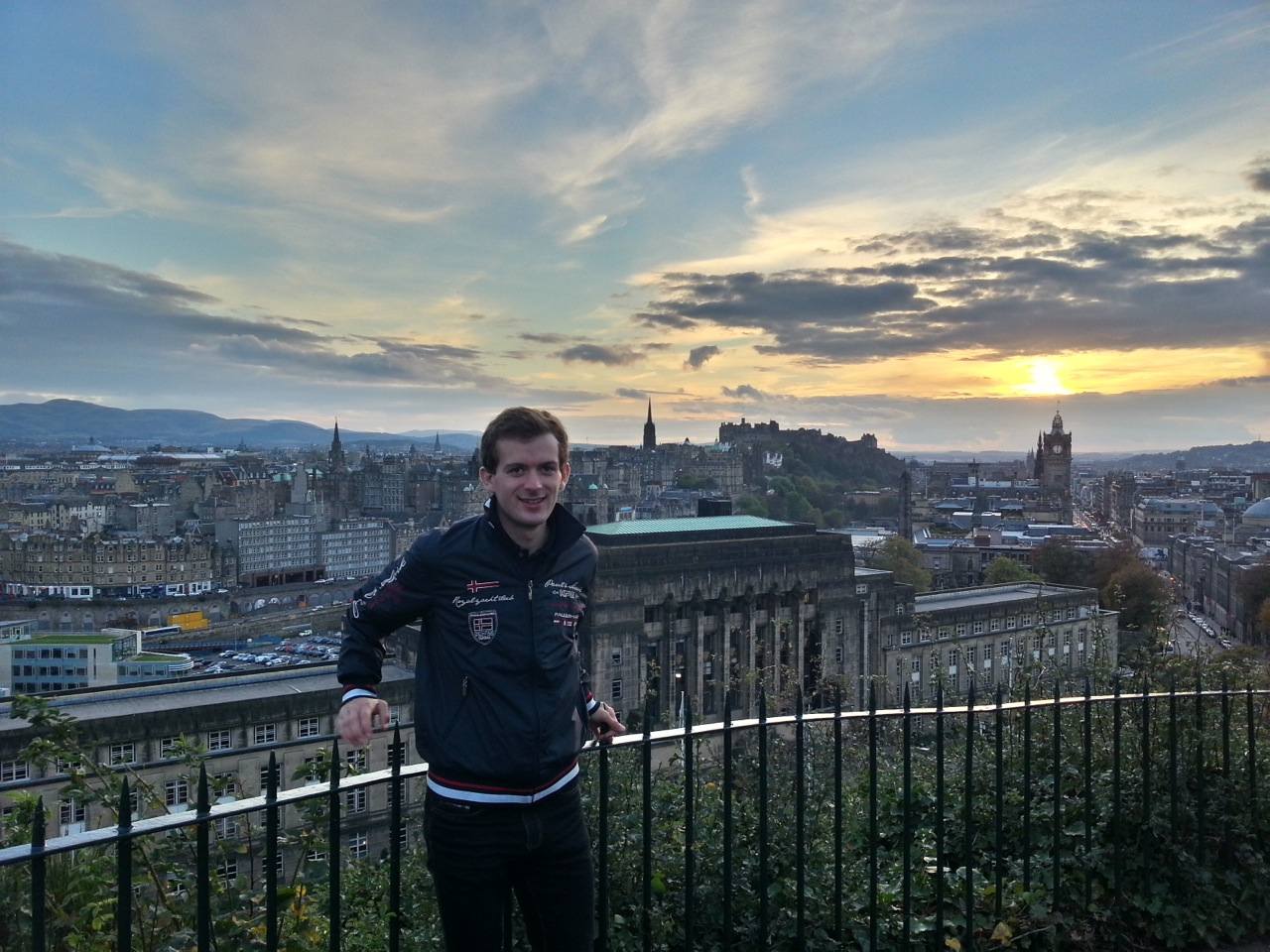 With two sprint races in Edinburgh and Stirling, PWT marked the beginning of the end of this season. The Race the Castle events were on the highest international level: tricky sprint areas, maps, GPS tracking, assembly areas, video wall, touch-free punching and of course the participants (e.g. the top 3 of the World Champs).

In Edinburgh I was too eager and didn’t take the time necessary to find the best route to the 2nd control. The touristic route – out on the Royal Mile – was unfavorable due to many tourists hiding the small alleys, called ‘closes’. To the fourth control I once more had troubles choosing the correct passageway and ended up in a dead end. By then I was almost caught by Alessio who started one minute behind me. Luckily I could get away again and the rest of the course went mostly fine. I just made some extra stops to be sure that I’m not doing something stupid.
Map

Stirling castle was the venue for the second PWT race but we couldn’t see much of it as it was foggy. From the start we headed right into the castle, to the first control already through three underpasses. It was challenging to keep ahead in the mind, understand the map with multiple levels and to find the shortest routes. I kept cool and were thus on a good 11th position at the 8th control. To the 14th control I was very unsure about the route choice, all the way around left would have been about 15 s faster. Nevertheless, I am satisfied with this performance and result (18th), bringing me the most world ranking points ever.
Map

Back home from my second visit in Scotland ahead of WOC 2015 I am already enthusiastic about next year.